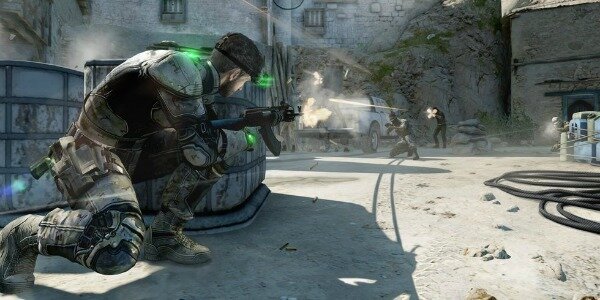 Although Splinter Cell: Blacklist Is Action-Packed, You’ll Still Be Able To Stealth Through, Says Ubisoft

The Splinter Cell franchise has long move away from solely being a stealth game, and the latest outing dubbed Blacklist exemplifies this more than any other. The game’s E3 2012 demo could easily be mistaken for an Uncharted game, but according to Ubisoft Toronto producer Andy Wilson, Blacklist will not abandon the stealth-based gameplay which has made the series such a success.

That’s what he said while speaking to Videogamer in a recent interview, adding that they wanted to focus on giving gamers a choice of play, whether it be stealth or action.

“One of the things that we’re building into the game is choice, choice of the way you play. If you want to take the action approach then you can, but you can stealth through the game as well.

We have multiple paths and ghost paths where you can stealth your way through. We’ve shown a very small snippet of the game and we’re going to be showing a lot more over the coming months where we’ll be demonstrating all of those things and the way in which player choice manifests.”

So the real question is, then, will the stealth moments be far between? They’ll play out traditionally, Wilson promised.

“Stealth is going to operate in the traditional way you would expect it to. I think people will definitely see that when they see more hands-on time,” said Wilson. “We’re not just bright daylight in the Middle-East. We’ve got locations all over the world. There are a tonne of locations that are at night as well, so the traditional night-time gameplay is coming back. It’s all in there.”