Are you ready for E3 2012? We hope you are, because come Monday and Tuesday, and even the days leading up to gaming’s biggest event, Games Thirst goes E3-heavy. We’re covering everything.

Don’t expect Xbox 720, but look out for the new Gears of War game, subtitled “Judgement”. Kinect games will go heavy there, but nothing extremely surprising will be at MS’s presser as they’re saving the big reveal for next year: The Next Xbox.

Of course, Call of Duty: Black Ops 2 will be demoed at that presser.

There might be a few surprises at EA’s press conference, like the announcement and reveal of DICE’s Mirror’s Edge 2 or Bad Company 3. Other than that, you’ll see Dead Space 3, Need For Speed: Most Wanted, Battlefield 3 DLC, FIFA 13 and, of course, Medal Of Honor: Warfighter. Should be a good watch.

Ubisoft is running hot this time around, as the firm will definitely show us more of Assassin’s Creed III, Far Cry 3, and yes, a new Splinter Cell game. It’ll also be interesting to see how Ubisoft tie in its games to Wii U, as said console is a big part of its strategy moving forward. Either ways, it’s a must-watch event.

Look our for God of War: Ascension, PlayStation All Stars: Battle Royale, some big Vita announcements, like Call of Duty, and we cannot forget Naughty Dog’s The Last Of Us. The big talk, though, is raging around reports that claim Sony will announce it’s acquired online gaming service, Gaikai. Sony is always a must-see. 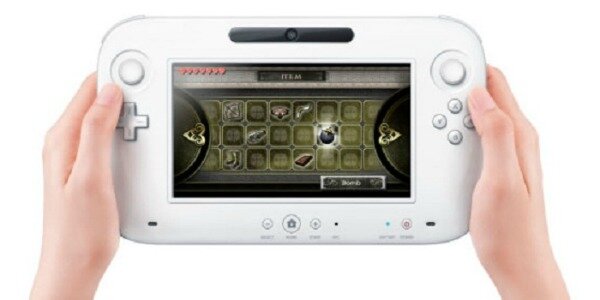 Nintendo gets the upper hand on Sony and Microsoft, as it’ll release Wii U, it’s next-gen machine before them, allowing a solid year’s time to build a strong following. Expect the conference to reveal many a details on Wii U.

We’ll be bringing all the latest events as they happen, so stay tuned.

You can watch the livestream of the above press conferences on G4TV, Game Trailers, Gamespot and IGN.

Last year was mental, this year’s no different.

i hate this! all ways getting gamer scraps, why can't we handheld gamers get just one good console game is tha...

Yet another reason that I think they are one of the better studios around, talented and respect their peers. ...

hm, it looks good but the joy sticks are kinda positioned funny...

I saw it, yeah. It's full of win! Things have gotten a whole lot more interesting!...

Lucky I'm one of the few annual subscribers to PSN! Can't Wait for Sony's and Ubisoft's Conferences! ACIII!...

dude did you see the wii u pro controller, its like all my prayers have been answered. finally nintendo unders...

If they confirm the price again I will buy this....