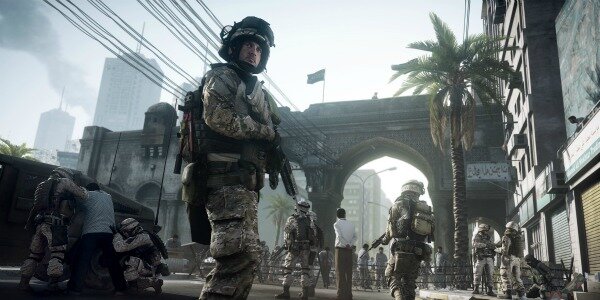 DICE has joined the long list of developers who’ve put out job openings for development on next generation consoles.

The firm is seeking a senior software developer to work with the Frostbite engine (used in Battlefield 3 and other games) on the triple-A game team for both current and next-gen console uses.

It’s no secret that Battlefield 4 will see a release late next year, and since Xbox 720 and PS Orbis will be out by then, there’s no reason why the shooter shouldn’t be a launch title.

this is the only game i regret selling my ps3 for... I picked it up used for christmas and never really got in...

I am subscribed to Edge so will get it delivered a few days early. Make sure you check back next Month to hear...

Are you kidding me? I understand re-releasing games from last gen with better graphics, but re-releasing a gam...

In the first video, I felt like I was watching Harry Potter, but with a bow and arrow instead of a wand. lol. ...

but why do different things with series that are not suppose to be? its just stupid why not keep the dam seri...

they dont keep selling quadrillions, only the wii sold really well for them and that was only because of MC! ...