After EA Australia confirmed to gamesthirst user ‘Nick’ that a patch for Mass Effect 3 was in the works, Bioware’s confirmed its existence on the firm’s official forum.

One of the issues to be fix is “faces not correctly importing into Mass Effect 3″, however an exact date for the patch wasn’t divulged.

“We all want to be sure that it fixes the issues it is supposed to fix and doesn’t start any new issues,” said Chris Priestly on the BioWare forums. “If a patch fails during testing, it is sent back, fixed again and retested until it passes. Then it is released to gamers. Until we know that the patch has passed certification testing, I don’t want to give even a rough idea of the date, to prevent disappointment should it need further testing.”

Mass Effect 3 has been in the midst of a massive upheaval concerning its ending. Recently one of the game’s writers distanced himself from the controversial ending, saying he and others were essentially ex-communicated when opinions were voiced, leaving executive producer Casey Hudson to make all the decisions.

are these guys serious? no seriously, this has to be a joke! no one is stupid enough to seriously think epic...

needs more content! i really hope they include a figurine in there they have not done one since AC2. especia...

sad. as each day goes by i want less and less to do with this industry! no one gives a shit about their work...

I hope they fixed that Friends spawning in different teams. It's Unbelievably Annoying....

Only in 'Battlefield'. I've played the game over 90 Hours & still haven't got a single kill with Jet. I...

LOL, though it's kinda small of him to do that, but i am glad that he did, i'm liking everything i read, hopef... 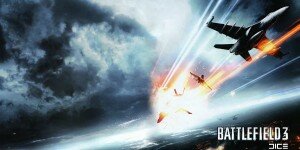