Thirsty Conversations: Now That The Dust Has Settled, Was Battlefield 3 All That DICE Said It Would Be?

Published on February 6, 2012, by Ernice Gilbert - Posted in Thirsty Conversations 6 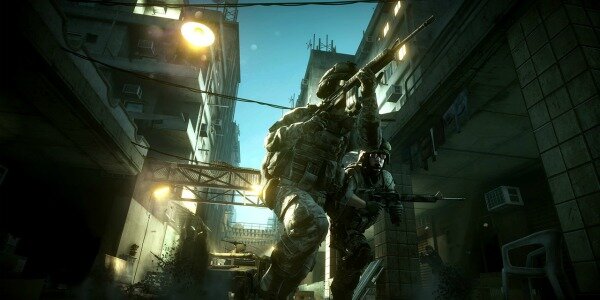 I mean, did it really kill Modern Warfare 3? And since the single-player was the worst war story ever told, didn’t DICE fail on at least one of the fronts it promised to deliver on? What’s your take? One journalist said that “Battlefield 3: a beautiful, satisfying, best-selling failure.” I agree.

6 Comments on "Thirsty Conversations: Now That The Dust Has Settled, Was Battlefield 3 All That DICE Said It Would Be?"

i think sony should like reduce the number of exclusives they put out and actually market their titles, the ma...

i'm downloading right now, i really do hope this works...

Good points. I'll get this for sure. The Wife will love it. I liked ModNation, it was too difficult at times...

well tbh modnation was never really successful to begin with, so im guessing they'll try to reach to LBP audie...