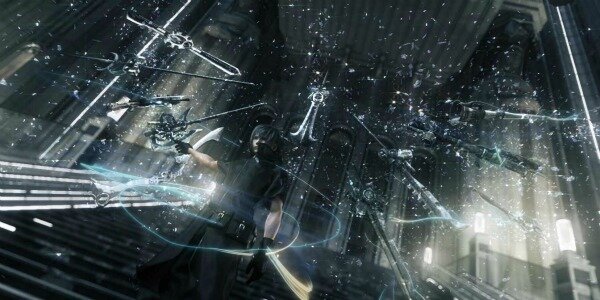 Many gamers have been asking about the status of Final Fantasy Versus XIII, especially since we haven’t seen much of the RPG since it was announced back when Dinosaurs roamed the earth. But fans should allow hope to rise once more, as Tetsuya Nomura, Versus XIII director and producer has confirmed that the next time the game’s shown, it’ll be a playable demo running on a console.

Nomura didn’t give a release date as to when the game will be shown, however he did confirm that unlike last year, there would not be a Square-Enix games showcase event like the firm last held in 2010 in Japan.

According to the director, FFvsXIII cutscenes are split between real time and pre-rendered on a ratio of 7:3. He also noted that the scene in which two of the game’s main characters: Noctus and Stella meet is now a pre-rendered cutscene, because player control wouldn’t add much to that portion.

Is it a PS3 exclusive? Ah, let’s leave that alone. Will it ever be released? Let your hope rise on that…..at least for today.

8 Comments on "Finally, A Final Fantasy Versus XIII Playable Demo"

i cant think of any other explanation. i mean how else can a company go from spending hundreds of millions to...

unless they do the stupid miraculous revival thing like $ony SM constantly do with kratos. how many times has...

dident really like it, simply because i hate movies which have past timeline stories. its allot like the way ...

Well, we sure hope it they die forever. Tell me how the new Sherlock flick is when you're done....

End and start again afresh. Nothing wrong with that....