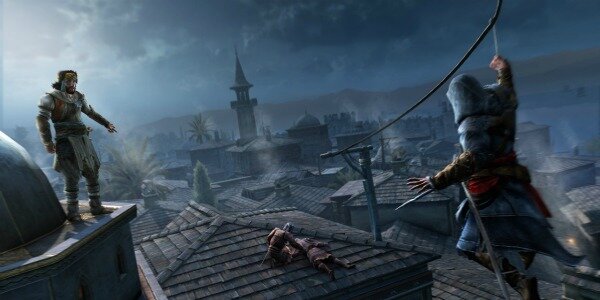 The slow performance PS Vita’s demonstrated in Japan isn’t worrying Sony one bit, as the firm says it plans to unleash some triple A titles that’s sure to boost the console’s sales beyond what critics expect.

In Japan, a game like Monster Hunter alone can cause millions of units to be moved and Sony’s planning exactly that. In the west, however, you need Call of Duty, Assassin’s Creed and Mortal Kombat amongst others to really leave a dent in the market, and in that part of the world, Sony’s also got things under control. Give the firm some credit, people.

“What we really wanted to do, and I think we learned from past, most recent, handheld device launches, is that you donâ€™t want to launch strongly and then go dark for three or four months and have nothingâ€¦So in subsequent months for Vita, we have launch, then we have MLB, then we got Mortal Kombat, then Resistance, then Little Big Planet, then Call of Duty, and Assassinâ€™s Creed,” Sony director of hardware marketing John Koller told Gamespot UK.

Now that’s what I’m talking about. Just mention Assassin’s Creed and I’m there, doesn’t matter what platform, I’m buying. My Vita want levels have just went up a few notches.

Previous: Mass Effect 3 Not Coming To Steam, Require Origin On PC
Next: THQ Isn’t Shutting Down…2012 Lineup Alive And Well