A replay of one of Gamesthirst’s most popular articles.

Sacrifices, we all make them at many points in life. Most times they’re made because the situation demands it, and other times we make sacrifices to satisfy a craving, seek out a long lost dream and simply because there’s an embedded inclination in humans to always have what they want. Having what they want is a perfect example to use in this case because although this is not a serious or life threatening situation, gamers would go out of their way, using moneys they don’t have, swearing to purchase no matter what the cost; just to enjoy certain classic games on next-gen consoles. Here’s Five of them:

Killer Instinct:
Super NES
This awesome game came alive on the Super Nintendo and immediately became a hit. Those days, Rare, the same company behind the Donkey Kong titles was at its prime. Killer Instinct was the best fighting game in its time; with breathtaking combos that rivals even the best fighting games available on today’s. Characters like Cinder, Fulgore, Spinal, Jago, Glacius, Saberwolf, Thunder and the awesome Orchid are among the excellent roster of characters to choose from.

In its day, Killer Instinct’s graphics were first class; I’m still amazed that Rare was able to pull this off, but they did. The story is also very well scripted and will keep you coming back for more. The Ultras and Ultimates when executed made you feel like you’re the boss! I could go on and on about this title (I still think I’m the best in the world, seriously) because it’s such a masterpiece. Will someone call Rare and tell them we need a true remake, not a new iteration, not a spin off, but a true carbon copy with the same characters, same combos, same stages, (add a few more) and leave the characters with the same stories. All we ask is for upgraded visuals and I know I’d pay $80.00 any day if this ever happens.

Syphon Filter:
PSone
We’ve heard rumors that Sony indeed has a new Syphon Filter in the works, and while it’s a rumor to get excited about, there are countless gamers out in the wild who’d just love a remake of Syphon Filter. This PSone game was nothing short of stellar. You are Gabriel Logan accompanied by your partner Lian Xing, as operatives of The Agency, your job is to find and take out Erich Roemer, an international terrorist.

What is Syphon Filter? It’s a deadly next-generation biological weapon, capable of targeting specific demographics. It got into the wrong hands and if you don’t act, then the world goes up in flames. There’s a lot of depth in the game’s story plus interesting characters to keep you excited from the onset till it ends. I know gamers who don’t mind coughing up $90 for this title any day.

Rocket Knight Adventures:
Sega Genesis
Allow me to be blunt about this, few games that I’ve played got me so deeply enthralled the way Rocket Knight Adventures did; few ever will. If you haven’t played this game, I’d advice you to scour the web for an e-tailer that sells old consoles, find you a pawn shop and buy this title. One of the best platformers ever made.

You are a sword wielding hero named Sparkster, a princess has been kidnapped and you’re the last chance she has, so what should a lone star do? Save the beautiful princess of course. At the beginning of the game, Sparkster draws his sword, the camera turns around to his back then a hologram of a villain show up. The villain, Devitondas then laughs at Sparkster and the awesome journey begins.

Taking you through stage after stage of interactive gameplay with controls that are very responsive, Rocket Knight Adventures will leave you wanting more. The story is simple yet interesting enough to keep you entertained to the end. There’s someone I know, and if I were to call him now and tell him there’s this brand new remade game out that he might like to check out, and then proceeded to tell him it was Rocket Knight Adventures, he’d easily dig up $100 without hesitation to get it. I’m not lying.

Streets of Rage:
Sega Genesis
The first time I played Streets of Rage, I could not let go of the controls, I guess beating bad guys with clubs and baseball bats was just awesome in those days and the game itself was groundbreaking in its time. SoR is similar to Golden Axe in many ways, your enemies come on screen from both sides and randomly from other locations.

Here’s how it works: The player (s) must compete against each other and whoever wins the battle progresses through eight locations known as rounds, except round seven where you must defeat a rather mammoth boss.

In fact although they’re quite different, whenever I play inFamous, it somehow reminds of of SoR. “What was once a peaceful, productive city, full of life and activity, has fallen into the hands of a secret criminal syndicate,” the story reads. “The leader of the syndicate has somehow managed to keep his identity a secret.” At this point, anyone will do anything if the price is right.

Adam Hunter, Axel Stone and Blaze fielding were once policemen who tried tirelessly to organize a special attack unit but the upper bosses would not allow them to because the bosses themselves were infiltrated. The three policemen, after they tried to make a difference and found no success quite the force, hence your mission. Decent storyline and groundbreaking gameplay in its time qualifies SoR as remake worthy.

How much would you pay to experience SoR totally remade for the next-gen consoles? I’d drop $70 with no second thoughts.

Final Fantasy VII
PSone
You know what? This might surprise many but I have nothing more to add to the many pleas gamers have been making to Square-Enix for a Final Fantasy VII remake. We all know about this game; arguably the best Final Fantasy ever made, arguably. To say gamers want a remake of this title is an understatement really, we would give anything, or do almost anything to experience FFVII in hi-def. 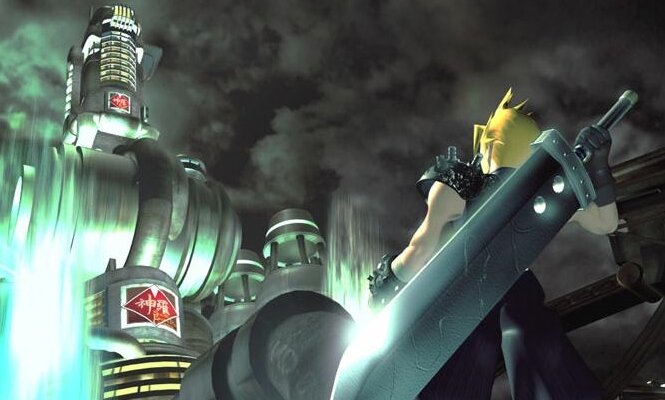 They don’t have to touch the story because it’s the best, don’t touch the gameplay because it’s up to this day unmatched, in all honesty all Square-Enix really needs to do is simply remake the game with excellent CGI looking graphics and we’ll be alright.

You know you’d go to the bank, withdraw $120 just to buy this game. Heck I’d not even think twice.

So what are the games you’d like to see a remake of? Let us know in the comments below.

Previous: What Did You Do With Heavy Rain?
Next: PS3 Version Of Skyrim Is Broken, Bethesda Under Pressure